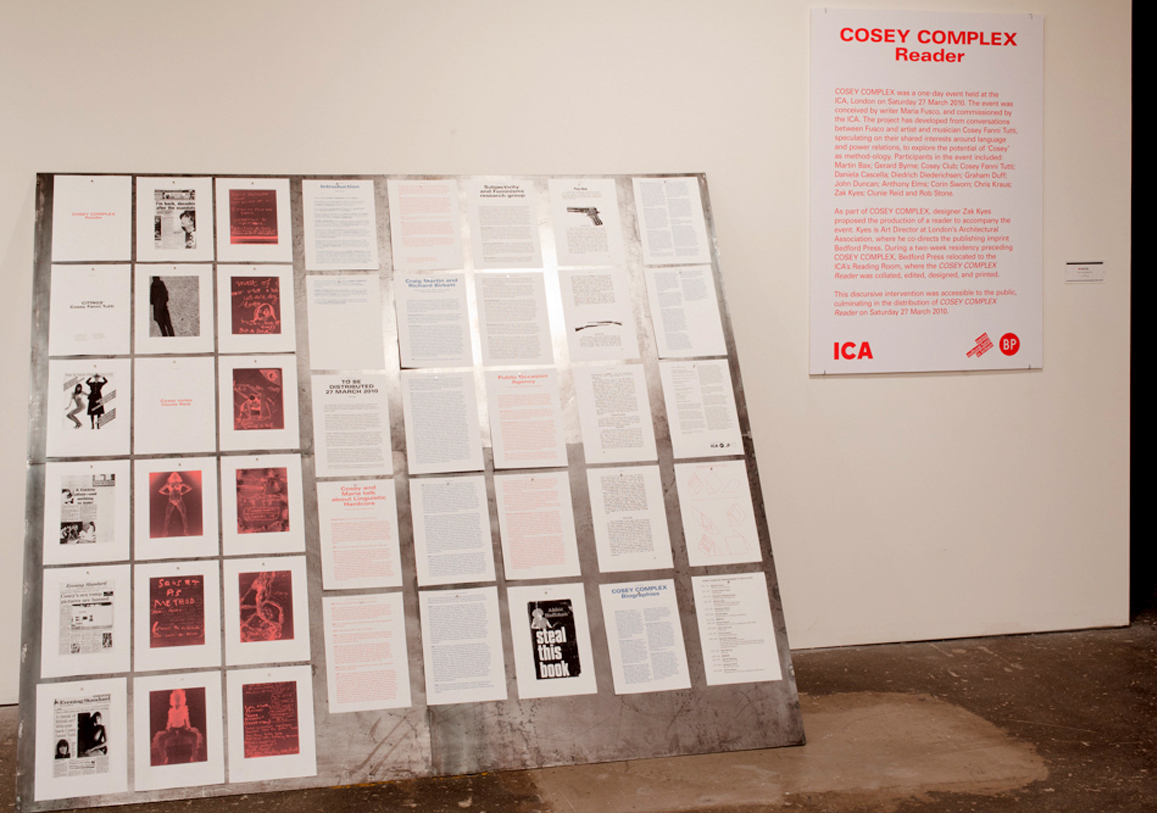 Cosey Complex is a project conceived by art writer Maria Fusco that takes the form of a one-day event on 27 March, 2010 at the Institute of Contemporary Arts. The project incorporates the production of a 'reader', a discursive intervention produced in the ICA's Reading Room, in the weeks building up to the event in association with Bedford Press.

Cosey Complex Reader will take as its starting point the identity of artist and musician Cosey Fanni Tutti. Fusco has invited a range of practitioners to contribute, with the initial brief to consider ‘Cosey as methodology’.

Cosey Complex Reader has been conceived by Zak Kyes and commissioned by Maria Fusco and the ICA. The reader has been produced on-site in the ICA Reading Room as part of a two-week residency in collaboration with Bedford Press. The exhibition and office furniture was designed by Jesko Fezer.