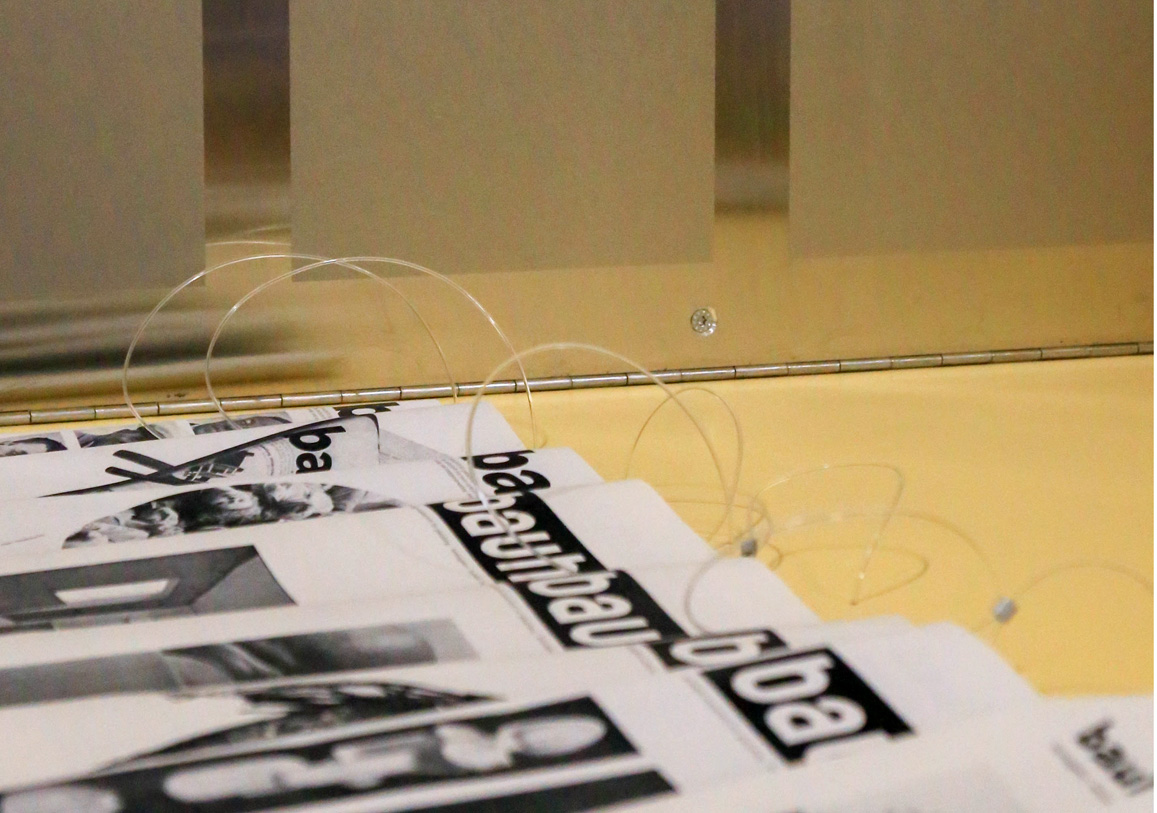 The bauhaus imaginista series of exhibitions and events highlights the impact and reception of the Bauhaus in the context of major twentieth-century geopolitical changes.

The way in which the Bauhaus’s design ethos spread internationally, its institutional role and its evolution from within diverse cultures, forms the basis of the bauhaus imaginista exhibition chapter Moving Away. The title indicates both the migration of Bauhaus ideas, as well as the distance produced by time and geography.

The same Bauhaus ideas entered China through architects such as Richard Paulick, who was Walter Gropius’ assistant, and Wang Dahong (a student of Gropius). Both were hired to teach at the Architecture Department of St. John's University, established in 1942, which had a curriculum that directly referenced the Bauhaus model. After 1945, these two architects played an important role in the development of a Greater Shanghai Plan, a modern urban project based on rationalist principles.

The exhibition Moving Away will be presented as part of the opening of the China Design Museum (located on the China Academy of Art campus Hangzhou). It will feature a range of objects and prototypes for commercial production as well as plans and studies of architectural and urban projects.

bauhaus imaginista is realized by the Bauhaus Cooperation, the Goethe-Institut and Haus der Kulturen der Welt together with the curators Marion von Osten (Berlin) and Grant Watson (London) as well as partners in China, Japan, Russia, Brazil and other countries. Separately developed exhibitions and events will be shown at art and design museums, and institutions throughout the year.

In March 2019, on the occasion of the 100th Bauhaus anniversary, an exhibition of bauhaus imaginista will be shown at Haus der Kulturen der Welt in Berlin.